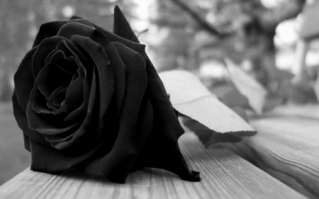 I still don’t know how to consider the responses to these events. It’s all so predictable; with two potential responses broadcast, each implicitly and explicitly associated with major political parties.

Why does the self-interest of politics need to be the lens forced upon us to understand these events?

Tragedies happen. That’s why we have a word for it.

There is sin. There is evil. And there are things that cannot be explained.

I fear that with our collective societal wisdom, we believe we can fix it. We think, if we just find the reason (or the gene, or whatever), we can fix it.

But we can’t. Tragedies happen.

What we can do is mourn. And I fear we’ve lost that ability, as a society. We move from tragedy straight to blame. We forget to stand with those who lost. In our rush to find root causes, in our rush to predetermine blame, we forget to simply be with the mothers, fathers, brothers, sisters, lovers, and friends who have gaping holes in their lives as a result of a tragedy.

I haven’t done any exhaustive study; I haven’t even been able to do any reading or research on what I’m about to say. So this, I guess, is truly a response.

The thing that’s been in my thoughts these past few post-Orlando days is that Jesus was simply with people.

When we read about Jesus chewing out the scribes and pharisees, those events require them to be physically proximate. Jesus wasn’t blogging about them. He wasn’t doing it from his Facebook page or his Twitter account. Those folks were around him. He knew them. They knew him. It wasn’t an anonymous social media hit job. He wasn’t building a platform. He wasn’t checking his analytics to see how his message was being received and tweaking it to maximize ratings (and advertising sales).

When Jesus heard of a tragedy, he listened. The father of a little girl tells Jesus that his daughter is sick and maybe even dead. Jesus listens. He doesn’t take it as an opportunity to comment on rural health care or vaccinations or Obamacare or whatever the equivalent. He listens, he speaks, and he goes. Jesus is with him.

When Jesus sees a tax collector trying to hear and see more of what’s going on, Jesus acknowledges him. He doesn’t advocate for a flat tax, or rage about the IRS. He says “I’m coming for dinner, let’s hang out. Bring your friends.” He is with the tax collector.

When sick people were around, Jesus didn’t turn the other way. He didn’t think, “Well, I’ve got this gig in Galilee next week and don’t want to be sick” and then take the long way around them. He was with them. He spent time with them. He touched them. Sometimes Jesus even healed them.

We don’t do this. Our first societal response to a tragedy is to figure out what associated political cause we can push to the advantage of whatever political view we align with under the guise of trying to fix the situation and prevent it from happening again.

For Orlando, that seems to be a stance on gun rights. Or some stance on immigration of Muslims. Or some sort of referendum on LGBTQ rights.

Dear friends, we need to mourn. We need to weep.

Dear friends, we need to value “life,” however you define it, throughout its entire cycle.

Dear friends, we need to simply be with those affected by tragedy. Hear their stories. Weep with them. Mourn their loss.

9 thoughts on “We’ve forgotten how to mourn”