PSI inv. 535 (TM, Image) is a papyrus fragment dated to a fairly narrow window, 450–499 AD. It might be better to extend that window to a hundred-year window, something like 425–524 AD, as I didn’t note any external information that would support a 50 year window. The papyrus was originally published by Naldini: 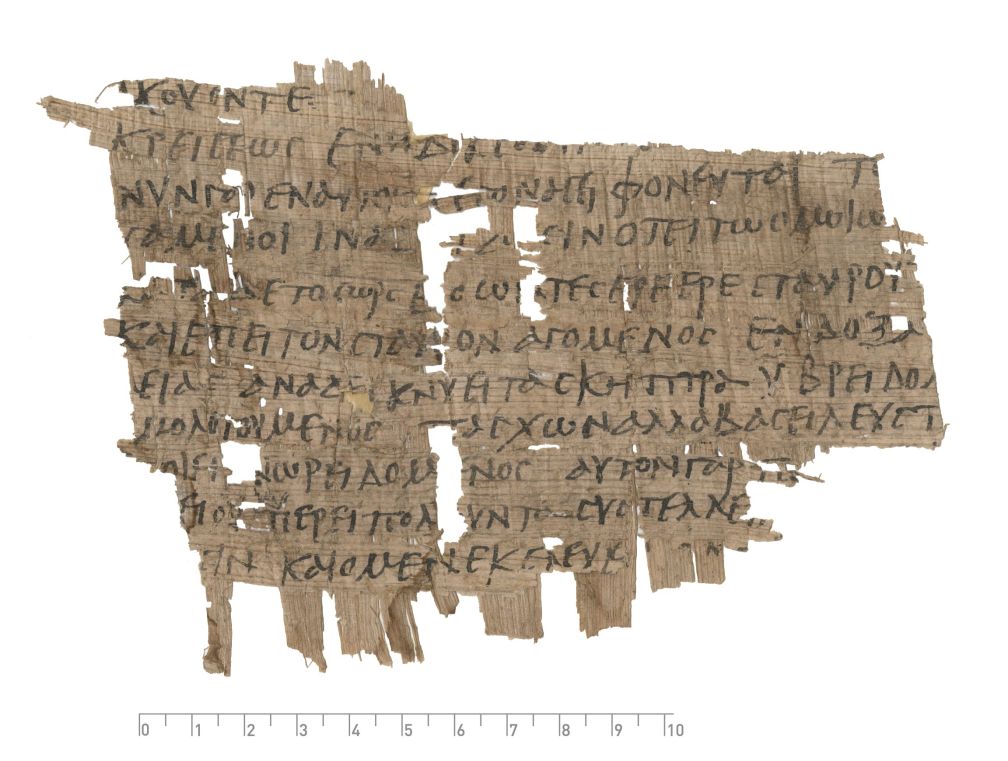 The papyrus is not small; it is around 17.6cm by 12cm. And the letters are fairly legible outside of the places where the papyrus itself is damaged.

My draft translation is below.

Lines 5–6 are the primary lines that clue us in to a context regarding Christ’s crucifixion. The translation above largely keeps the word order of the papyrus, but a less restrictive translation could be like: “But shouting against the Savior, ‘Away! Away! Crucify him!'” This has some sort of relation with the first part of John 19:15:

Then those shouted, “Away with him! Away with him! Crucify him!” Pilate said to them, “Shall I crucify your king?” The chief priests replied, “We do not have a king except Caesar!”

Line 3 perhaps points to those in the crowd being considered murderers of the crucified one, Christ.

So there you go. A late 5th century sermon that uses “Savior” immediately previous to describing the one condemed to crucifixion.

One thought on “PSI inv. 535 and the Crucifixion of Christ”